Principles Of Neuroplasticity (What It Is, How It Works, And More) 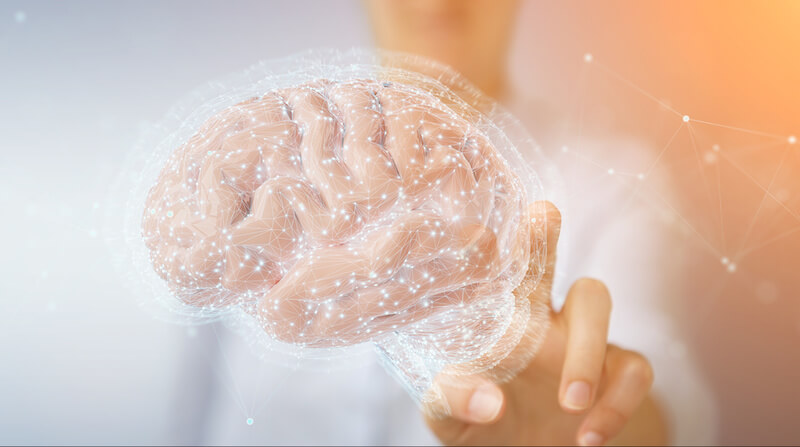 The science of the human brain is complex and amazing. In fact, researchers will likely never stop studying the brain and the way it functions. When it comes to questions about the brain, so much can be understood once you’ve got a grip on the basic principles of neuroplasticity.

But did you know it wasn’t until pretty recently that researchers came to understand that human brain development doesn’t come to a screeching halt during adulthood? That means your brain never actually stops changing.

In fact, scientists now know that your brain consistently charts new pathways so you can recalibrate when it comes to environmental changes, thoughts, activity, and even your emotional state.1

So, what are some of the basic principles of neuroplasticity? Read here to learn all about brain neuroplasticity and how neural patterns affect cognitive function.

Neuroplasticity (also referred to as brain plasticity) is your brain’s ability to create and reorganize synaptic connections. Basically, your brain can forge new neural pathways and modify existing pathways to respond to the following types of changes:

One very clear example of how the brain can forge new neural pathways and even adjust its function occurs in those with vision impairment.

A recent study presented that when someone undergoes visual deprivation (or is blind to a certain degree or beyond), the brain’s learning mechanisms shift to learning and remembering words. Word-related neuronal circuits randomly emerged across different cortical areas. In other words, new pathways grew across the visual cortex to enhance language learning.3

Brain Neuroplasticity In Neuroscience Research: Can You Rewire Your Brain?

So, now you know that brain neuroplasticity encourages your brain to compensate for injury and illness. But there’s no way neuroplasticity would even be possible without the pliable (or plastic) characteristics of neurons. 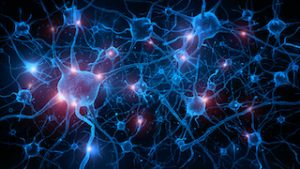 Remember, your neurons (or nerve cells) help your brain evolve so your whole body can function properly. Turns out, neurons carry a good deal of information through your brain. Then they bring that information to the various muscles and organs in your body.4

There are billions of nerve cells in your nervous system. In fact, just to give you an example, your brain has approximately 100 billion nerve cells. Also, every single neuron has a cell body and multiple extensions. The short extensions are kind of like antennae. They get signals from other neurons and hand them off to the cell body.5

How Do Neurons Translate Messages To One Another?

It’s all about electricity. Neurons communicate with each other by way of electrical activities called ‘action potentials’. At the synapse — or the junction between two neurons — an action potential causes the neuron to release a kind of chemical neurotransmitter.

The neurotransmitter can either help or prevent the second neuron from firing its own action potential. If the brain is healthy, the balance of helpful and preventative inputs deciphers whether or not certain action potentials will occur.7

When a person adapts to a new environment, their brain actually gets rid of unused neural connections through a process referred to as ‘synaptic pruning.’ At the same time the brain undergoes pruning, it fortifies and preserves the neural connections that are working and get used time and time again.8

What Happens When Your Brain Can’t Properly Complete Synaptic Pruning?

If your brain can’t properly undergo the synaptic pruning process, it could potentially be related to an impaired cognitive function or mental health concerns. For instance, if there is insufficient pruning, the brain could remain hyperconnected. In a mature individual’s brain, synapse loss can lead to neurodegenerative health concerns.9 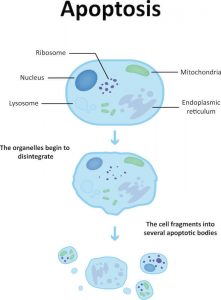 Can Damaged Neurons Repair Themselves?

Now, remember, the human brain consists of billions of neurons. And it’s not uncommon for a neuron to live for 100-plus years. But not every neuron can get put to use by your brain. And those that don’t, unfortunately, become useless and die.

The process of neuron cell death is called apoptosis. Neurogenesis is the growth and development of new brain cells. And it turns out, with the help of other brain cells, neurons can also repair, redesign, and replenish themselves. Neurogenesis is extremely important when it comes to —

Principles Of Neuroplasticity — From Childhood To Adulthood

As is true with most physiological processes, the most critical time to learn new behaviors is early childhood. Of course, neuroplasticity occurs throughout your life, but children have the greatest ability to learn new information — and retain it.

The human brain is at its most flexible — or “plastic” — in early childhood. In fact, when you’re born every neuron in your cerebral cortex has about 2,500 synapses.11 Thus, kids can fully experience and adapt to a range of environments and circumstances. However, should chronic stress (such as poverty, neglect, or repeated abuse) occur in childhood, it can be quite harmful to the developing brain.12

The older people get, the more the brain becomes specialized to assume more complex and focused functions. It’s harder then, later in life, for the brain to reorganize and change to meet new challenges. So, early plasticity means it’s easier for a baby’s developing brain to grow and shape itself. It becomes tougher to rewire parts of the adult’s brain.13

There’s good news, though: The adult brain was originally considered to be inert. Neuroscience believed neuroplasticity was limited to cortical development, and that the brain became “stagnant” after that. However, some studies report that children under the age of 4 actually have a worse cognitive outcome than older patients who suffer a traumatic brain injury.14 So you can see, it’s somewhat possible that the adult brain could potentially rebound from traumatic brain injury better than a young child’s brain.

Brain Neuroplasticity In The Long Run 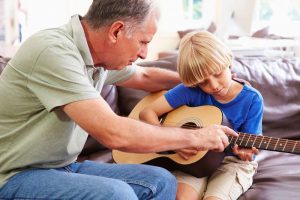 One of the most significant tenets of the principles of neuroplasticity is that if specific neurons keep firing in the same ways, they will eventually create a physical connection and become associated with the repeated task or behavior.

So, if you practice playing guitar, rock-climbing, or baking, you might actually change your brain to associate the relevant parts of its structure with the experience you practice. That means that regardless of whether you’re a kid or an adult, your repeated thoughts and actions can form new neural pathways. In a way, it supports the idea that you can accomplish anything you set your mind to.

In the end, if you’re experiencing any sort of difficulty with remembering or focusing, or suffering anxiety, it could be time to consult your healthcare professional. There are several reasons you might feel like your cognition is compromised — but therapists and doctors can help you discover what’s really going on.

Learn More:
Gardening And Mental Health: Your Brain And The Great Outdoors
What Is Brain Fog And Can A Brain Fog Diet Help?
How To Use MCT Oil And Its Brain Benefits

Please take a moment to review the cookie settings for this site.

Strictly Necessary Cookie should be enabled at all times so that we can save your preferences for cookie settings.

If you disable this cookie, we will not be able to save your preferences. This means that every time you visit this website you will need to enable or disable cookies again.

This website uses Google Analytics to collect anonymous information such as the number of visitors to the site, and the most popular pages.

Please enable Strictly Necessary Cookies first so that we can save your preferences!